R is a free software environment for statistical computing and graphics.

To run R code and visualize plots in Apache Zeppelin, you will need R on your master node (or your dev laptop).

Validate your installation with a simple R command:

We recommend you to also install the following optional R libraries for happy data analytics:

To run Zeppelin with the R Interpreter, the SPARK_HOME environment variable must be set. The best way to do this is by editing conf/zeppelin-env.sh. If it is not set, the R Interpreter will not be able to interface with Spark.

By default, the R Interpreter appears as two Zeppelin Interpreters, %r and %knitr.

%r will behave like an ordinary REPL. You can execute commands as in the CLI.

R base plotting is fully supported 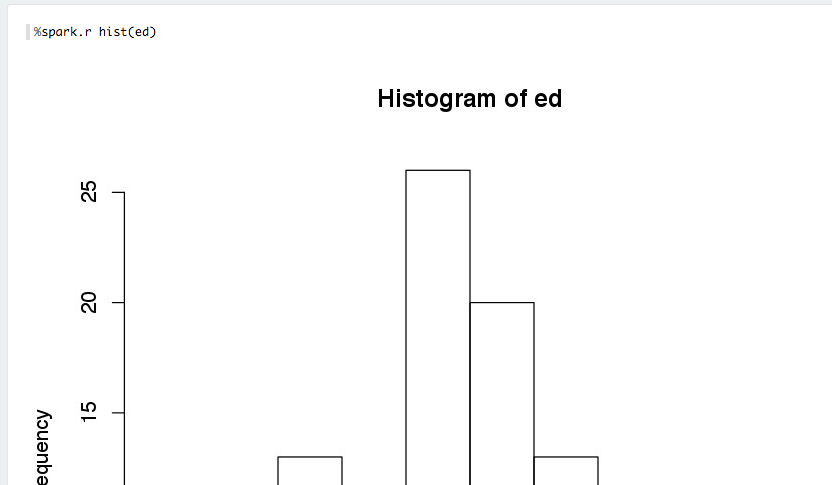 If you return a data.frame, Zeppelin will attempt to display it using Zeppelin's built-in visualizations. 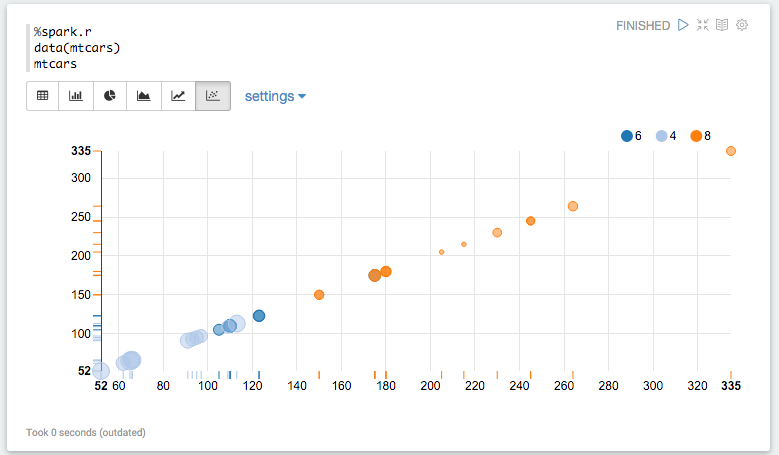 %knitr interfaces directly against knitr, with chunk options on the first line: 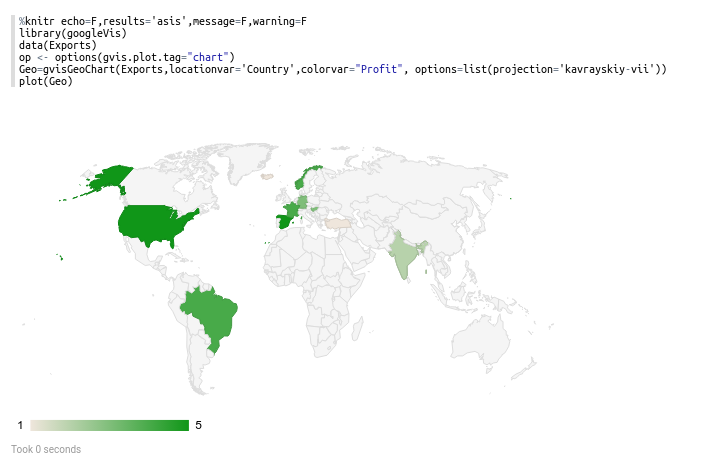 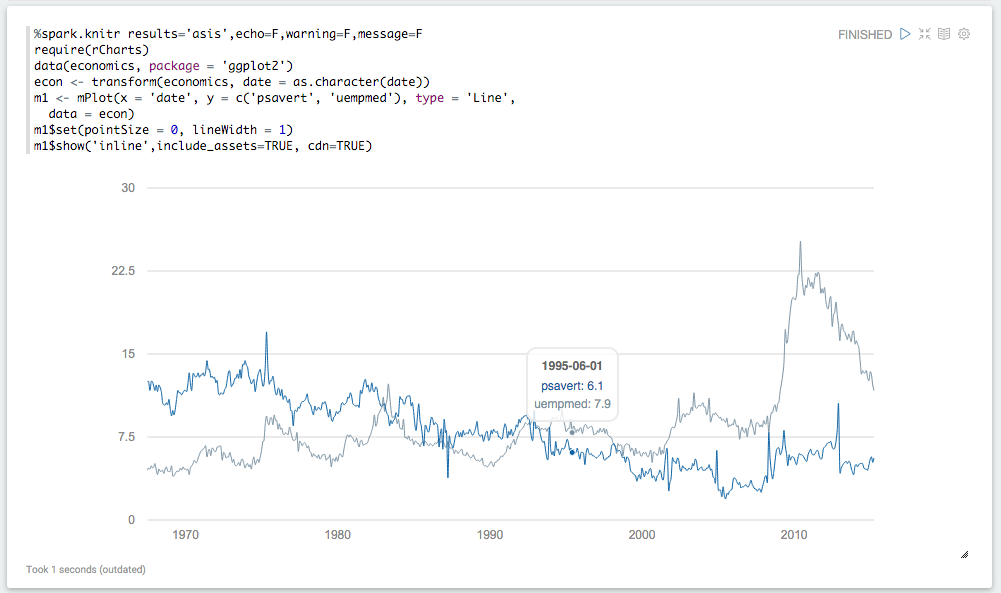 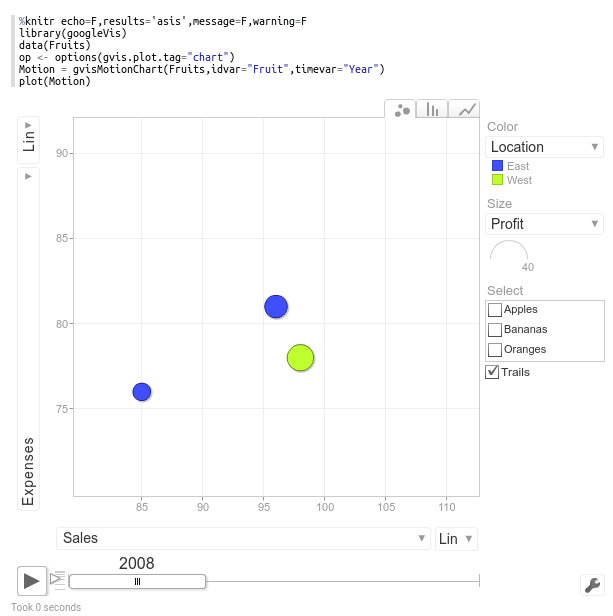 The two interpreters share the same environment. If you define a variable from %r, it will be within-scope if you then make a call using knitr.

If SPARK_HOME is set, the SparkR package will be loaded automatically: 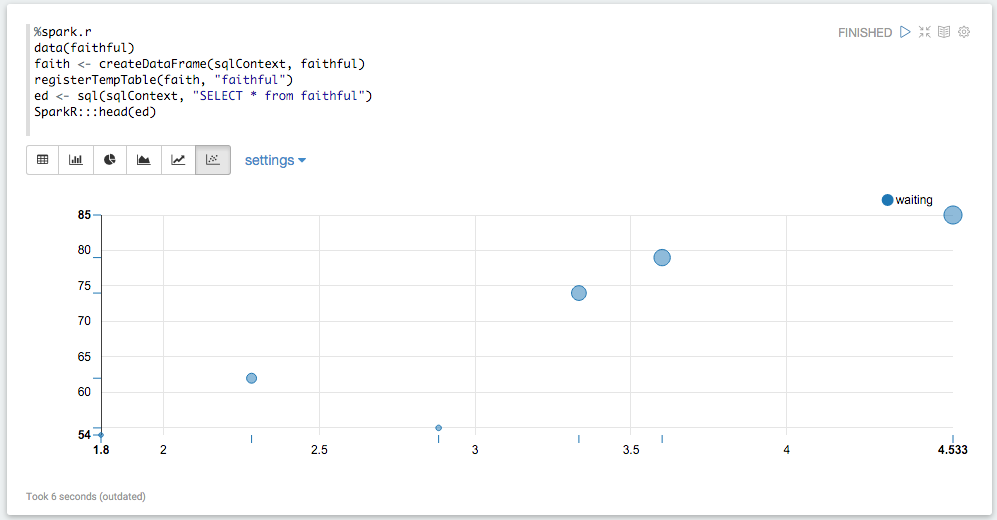 The Spark Context and SQL Context are created and injected into the local environment automatically as sc and sql.

The same context are shared with the %spark, %sql and %pyspark interpreters:

You can also make an ordinary R variable accessible in scala and Python: